To share your memory on the wall of Shawn Comer, sign in using one of the following options:

Learn the benefits of ordering with us

Learn the benefits of ordering with us

To send flowers to the family or plant a tree in memory of Shawn Thomas Comer, please visit our Heartfelt Sympathies Store.

Receive notifications about information and event scheduling for Shawn

Provide comfort for the family with a meaningful gesture of sympathy.

Show you care by sending Flowers

We encourage you to share your most beloved memories of Shawn here, so that the family and other loved ones can always see it. You can upload cherished photographs, or share your favorite stories, and can even comment on those shared by others.

The Mckinney Family sent flowers to the family of Shawn Thomas Comer.
Show you care by sending flowers

Posted May 22, 2021 at 09:15am
Our hearts weigh heavy on this day for a soul has been taken . We Pray for the safe passage into the kingdom of heaven . Tracie and Jerome love you

The Mckinney Family purchased flowers and planted a memorial tree for the family of Shawn Comer. Send Flowers

Posted May 22, 2021 at 02:37am
I met shawn back in 2018. He was the most outgoing and funniest person I have ever met. He was like an older brother to me. More of a brother than my actual brothers. We would always play fortnite together or text/call. I will miss him so much and I can’t believe he’s gone. All my prayers and thoughts go to all the family and close friends of Shawn. My best friend and brother for like. LLS💔
-Kaylee Andis
Comment Share
Share via: 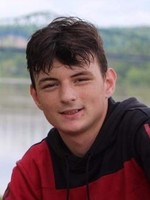